Amol S. Lele, MD, who was a clinical associate professor emeritus of obstetrics and gynecology, died on May 19 after a brief illness.

Dr. Lele, board certified in general obstetrics and gynecology as well as maternal-fetal medicine, was actively involved in clinical care for the Buffalo and Western New York community for more than three decades.

She was a faculty member at the Jacobs School of Medicine and Biomedical Sciences — and a member of the Kaleida Health staff at the former Women and Children’s Hospital of Buffalo — from 1979 until her retirement in 2016.

Lele was the former associate director of maternal-fetal medicine and the obstetrics director of outreach programs for the Regional Perinatal Center of Western New York at Women and Children’s Hospital of Buffalo. There, she was committed to providing the best care to women with the highest risk factors for pregnancy.

Additionally, she served as a president of the Buffalo Gynecologic and Obstetric Society.

Lele earned her medical degree at the University of Bombay, now known as the University of Mumbai, in 1967. She completed an obstetrics and gynecology residency at St. Luke’s Hospital in Cleveland before moving to Buffalo to pursue fellowship training in maternal-fetal medicine, which she completed in 1979.

Kenneth J. Leveno, MD, died on May 2, 2020, after an extraordinary life lived in determined service to others. And the Leveno kids 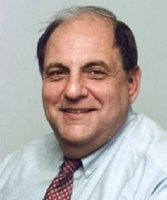 are happy to report that he was, as usual, correct. Great joy can be found in doing the right thing for others. Born in East Chicago, Indiana, two days after Pearl Harbor, Ken was the son of Italian immigrants who, like so many, gave their children opportunities they could not have imagined for themselves. He graduated from the University of Notre Dame in 1964 and then the Creighton University School of Medicine four years later. While at Creighton, he met and married Margie Gallagher, a young teacher from a small town in Minnesota. Dr. Leveno intended to become a heart surgeon, but when the United States Army called him to service, they had different ideas. Stationed in Army hospitals in Europe, he did just about everything a brand-new physician could be expected to do including delivering babies, which became his calling. After his military service, in 1976, Dr. Leveno joined the UT Southwestern Department of Obstetrics and Gynecology as a fellow in maternal-fetal medicine. He was recruited to join the faculty in 1978. In 1984, Dr. Leveno became the third Chief of Obstetrics at Parkland Hospital, a role he would serve in for more than 20 years. Under his leadership, Dr. Leveno would help transform the obstetrical service into a model of care known around the world as Parkland Obstetrics.

Dr. Leveno is survived by Margie, his wife of 54 years. Her essential humor and warmth allowed her to wrangle their five children while making his distinguished but exhausting career possible. Dr. Leveno is also survived by his sister, Mary Sergesketter, his four sons, Joseph (Debbie), Matthew (Teresa), Paul (Alexia), and Mark (Amy), and his daughter, Betsy (Dan). Best of all, he was Papa to five grandchildren. 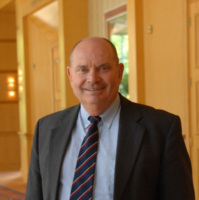 Dr. Alexander was passionate advocate for research for women and children. As NICHD Director from 1986 - 2009, led led efforts to improve the health of mothers and children through research and its translation to practice. Under his leadership novel models to provide evidence based practices in obstetrics, gynecology and pediatrics were developed and implemented including the Maternal Fetal Medicine Units Network, Neonatal Research Network, and Global Network for Women's and Children's Health, among others. His impact was broad including reducing HIV transmission from mother to infant, improving intact survival of premature infants, fetal surgery for myelomeningocele, markedly expanding newborn screening, and reducing sudden infant death syndrome fatalities through the Back-to-Sleep Campaign.

He was the physician on the staff of the federal commission that developed the U.S. regulations governing the protection of human subjects in research. This experience led to his service for 12 years as the U.S. Observer to meetings of the Council of Europe's Committee on Bioethics.

Born in Baltimore on August 11, 1940, Dr. Alexander grew up in Annapolis, MD and earned his BS degree from Penn State in 1962. He received his MD in 1966 from Johns Hopkins School of Medicine where he also completed his training in pediatrics and developmental disabilities. He began his NIH career in 1968 as a commissioned officer in the U.S. Public Health Service (USPHS) retiring after 31 years with the rank of Assistant Surgeon General (Rear Admiral).

For his leadership in improving maternal and child health, Dr. Alexander received numerous awards, including the Surgeon General's Medallion, the American Medical Association's Nathan Davis Award for Outstanding Government Service, and awards from eight other national organizations for his outstanding public service in advancing maternal and child health in this country. Dr. Alexander was the 2010 recipient of the Society for Maternal Fetal Medicine's Lifetime Achievement Award.

Dr. Alexander stepped down from the directorship of NICHD in 2009, moving to the NIH Fogarty International Center where he served as an advisor to the director on global maternal and child health issues for several years before moving to Shepherdstown, WV to be closer to grandchildren. Prior to this move, he lived for nearly 50 years on a small farm near Ellicott City, MD where he raised sheep, chickens, fruits and vegetables. He was also a lover of music, history, nature and travel.

Perhaps most importantly, Dr. Alexander was known for being approachable, often described as one of the "nicest people I've known." His passion shone through in all of his actions - he was always eager to find solutions and tackle difficult problems. Always at the forefront of science, he created mechanisms to enhance the workforce and advance science. As such, his impact extends far beyond those who were fortunate to work with him.

Dr. Lang received his medical degree from the University of Würzburg, Germany after attending medical schools in Marburg, Würzburg and Houston, TX. After finishing his medical thesis in Würzburg he completed his residency training at the Department of Obstetrics & Gynecology, University of Giessen, Germany.

Dr. Lang received national and international scientific awards, e.g. from the Society for Gynecological Investigation, the European Society of Perinatal Medicine and the German Society of Obstetrics & Gynecology.

In 2005 he was appointed chairman of the Department of Obstetrics & Gynecology, Medical University of Graz.

On Friday, Sept. 27, Bill Crombleholme passed away at St. Luke’s Hospital in New Bedford after a brief illness.

Born in Acushnet in 1946, Bill, the eldest son, was predeceased by his parents, William and Theresa (Gosselin) Crombleholme.

Bill graduated from Fordham University and Downstate Medical School in NYC. He did his internship at Hartford Hospital and his residency in obstetrics and gynecology and fellowship in maternal fetal Medicine at the University of Pennsylvania.

His entire professional career was spent as a medical school faculty member at some of the nation’s finest academic centers including Penn, UCSF, and the University of Pittsburgh. He spent 14 years as the vice-chair for clinical affairs and residency program director at Magee Women’s Hospital at the University of Pittsburgh and was instrumental in training a generation of obstetricians and MFM fellows from that program.

Bill forged many strong friendships with members of the academic obstetrical community throughout the country and his former trainees invariably spoke of Bill with great fondness and respect acknowledging a debt to a mentor they will never be able to repay. Read more.

A donation to the Foundation for SMFM is one way to honor a SMFM member who has died. Your gift to the Foundation is an investment in the future of maternal-fetal medicine. Each gift advances pregnancy care through research scholarships, global initiatives in patient care and scientific endeavors, grants for clinical education, and mentorship in training the next generation of clinicians and scientists involved in improving pregnancy care. Once a financial gift is received, the Foundation will send a card to the family acknowledging your gift.

If you would like to notify SMFM staff that a MFM colleague has passed away, please read our In Memoriam policy and email smfm@smfm.org with the proper information.